If someone says the name ‘Mike Bullard,’ two things normally come to mind; he’s a famous Canadian comedian and a stalker.

5 years after being accused by veteran broadcaster, Cynthia Mulligan, of stalking and harassment, 5 years after Toronto Star reporter, Kevin Donovan, printed false information that made readers walk away thinking Bullard was dangerous, and 5 years after the biggest media companies in the country worked to destroy him, Bullard is through hiding from us.

No longer restrained by a gag order limiting his ability to clear his name, Bullard is not just talking, he’s firing missiles as he fights to get back his reputation.

Over the past few weeks, I have interviewed Bullard on The Dean Blundell Show, spoken to him over the phone, and marveled at how technologically inept he is. For example, I texted him last week and he responded via Facebook, so I shrugged and replied to him via Facebook, and he sent his next reply via Twitter. But behind those somewhat endearing characteristics is a broken man, swept up in dragnet-like efficiency as he became an example of the collateral damage of the #metoo era.

If you bristled at the idea that a cultural shift as important as #metoo could have negative ancillary qualities, then you haven’t been paying attention. The movement was something to behold, holding countless men accountable for their heinous behaviors, and offering justice for women who finally found a voice instead of suffering in silence. But critics of the movement, people who could balance cheering for justice with not creating a different type of victim, were seen as evil outliers, misogynists who were attempting to hijack the movement and stifle the progress being made. Of course, that was nonsense. Whenever you are in the midst of a cultural revolution, adhering to the script becomes sacrosanct with not hating women, even if #metoo was creating a subset of new victims.

After reading a treasure trove of court documents related to the allegations leveled against Bullard, including documents from the lawsuit he eventually lost against Rogers, it is unequivocal that Bullard was one of those victims.

Bullard recently broke his 5-year silence on the Dean Blundell podcast, of which I am a co-host. The 62-year-old, once a household name after becoming the only late-night talk show host in Canadian history, didn’t hold back as he described the circumstances which led to stalking and bail breach charges in 2017, the fallout from his on again-off again relationship with Mulligan. That relationship ultimately ended with Bullard facing criminal charges after Mulligan filed a complaint with the police.

So what exactly did Bullard do? Why was he facing multiple charges? That’s a great question, because after listening to Bullard talk for three hours, not including my conversations with him before and after the podcast, you walk away thinking he was smitten towards Mulligan who destroyed him as an insurance policy just in case he tried to destroy her first.

He recalled their relationship as a full gauntlet of emotions: bitterness, contempt, anger, and here and there, a quiet glimpse that told me he fell pretty hard for her. Their on-again-off-again fling was accompanied by dramatics like Mulligan’s gal pal who temporarily stole Bullard’s truck for an ill-advised, drunken joy ride in downtown Toronto.  Bullard believed it was those types of antics that made Mulligan fearful, rational or not, that Bullard would use his show on 1010 Radio to disparage her.

And so Mulligan pre-emptively struck, leveling accusations against Bullard that Donovan put in his initial, story-breaking article. At the time it was a big Toronto story where Bullard was cast as a stalker who would park outside Mulligan’s residence in the Beaches. The public reacted the way they had been trained in the #metoo era; if a man is accused, the woman is automatically a survivor, due process be damned.

Assistant Crown Attorney Meghan Scott, with her reputation for prioritizing convictions over evidence, played a key role in Bullard’s dismantling. Scott undertook the prosecution of Bullard so aggressively that she repeatedly charged him with breach of bail and obstruction of justice when a drunken friend of Mulligan’s told her that Bullard had asked her to tell Mulligan to drop the charges. 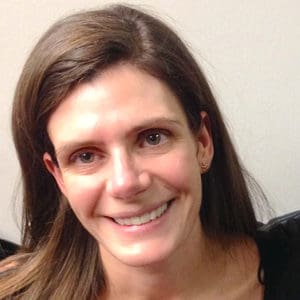 According to Criminal Defence Lawyer Robert Kivlichan, “The Judge in Mr. Bullard’s case unequivocally stated there was no evidence of obstruction of justice and refused to allow that particular charge to proceed. It is clear the case was pursued by the Crown Attorney with an unnatural vigor and a concerted effort to make an example of Mr. Bullard.”

That’s a common theme in the destruction of Bullard’s reputation. When Donovan wrote the initial piece, including the most frightening detail – that Bullard was stalking Mulligan by parking close to her house – it was a complete fabrication. Donovan still hasn’t apologized for his role in the destruction of an innocent person, and to add one other important detail, sources within Mulligan’s social circle say she has a personal friendship with Donovan.

For all those keeping score if the two media figures do have a friendship, this means Donovan betrays the simplest rule of ethical, objective journalism; never get involved in a story if the subject is somebody you know. In fact, Donovan was once such a proponent of high standards and ethics that he once told me directly that his problem with Canadaland’s Jesse Brown was that Brown was friends with one of the main Ghomeshi accusers. Donovan was so disappointed in Brown that he claims he had to re-interview the dozen or so women Brown had initially interviewed, recognizing Brown’s conflict of interest.

That’s Brian Lilley-level hypocrisy, in case you were wondering.

Since Bullard’s return to the land of the living, the silence of legacy media outlets has been deafening. These are the same outlets who were all too giddy to tear him down without evidence, a symptom of the modern-day wokeness that has seduced the media into believing that landing a story about a public figure that can’t be proven is more valuable than telling the truth, especially if that truth collides with the public relations strategy of never, ever publishing something that could be interpreted as making a professional woman look bad.

Bullard was a sacrificial lamb. He was also a Canadian staple for many, and watching him traverse the road back to where he once was is maddening. It’s one thing for an outlet to get caught up in a cultural shift, but it is quite another to see them cower in the shadow of their own failure, unable or unwilling to right the wrong they are responsible for inflicting.

Bullard has nothing to lose these days. He spends much of his time communicating with fans online, as well as taking as many shots as he can at Donovan, who still hasn’t issued an apology for being the vehicle that helped destroy his life.

I called Bullard just before I published this piece, just to see if he had anything else to say about his ordeal. In true Bullard form, he offered the following just before hanging up.