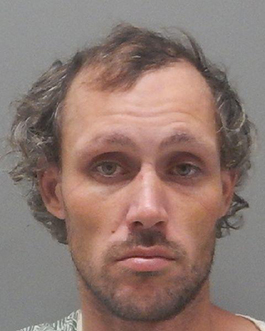 According to an arrest report, Alexander Pearce, 28, was captured Friday afternoon on store surveillance video “hunched over a laptop with his hands in his pants.” Pearce, seen at right, had been barred from the retailer since July, when he was arrested for shoplifting.

When a cop confronted Pearce outside the Walmart, he claimed to have been “watching music videos on a laptop.” While initially denying that he viewed pornographic material, Pearce “then admitted he was looking at ‘pictures.’”

Cop: “Hey man, do you have any weapons or substances on you that we should know about?”

Alexander: “Well, I PROBABLY have ejaculate on my hands from the last time I did this four hours ago.”

Alexander: “Thanks for the heads up, bud.  Maybe handcuff yourself.”

I’m guessing the issue Alex has is a lack of WIFI so he did what every asshole teenager does when their parents take away their phones.  They use a computer in Wal-Mart or the Apple Store.

It’s key to NOT getting arrested when you give it a yank.

Woman doing a live sex show with a loaded handgun...

Video: Bills lose All Pro CB Tre’Davious White for the...

Turns Out A Guy Who Used To Blog With Us...

Video: This Guy’s Maple Leafs Man Cave Is A Gong...