Video: Karen is NOT Happy About One Way Aisles At The Grocery Store!

The Toronto Star Wrote A Hit Piece On Shayne Corson And Darcy Tucker’s...

Insane Video: Hero Dad Takes A Bullet Shielding His Kids During A Gun...

Video: The Hottest Comedian On The Planet Narrates Cooking Videos

On the Road with Terry Fox…

PP1 Podcast: Grading the Canucks with The Athletic’s Harman Dayal 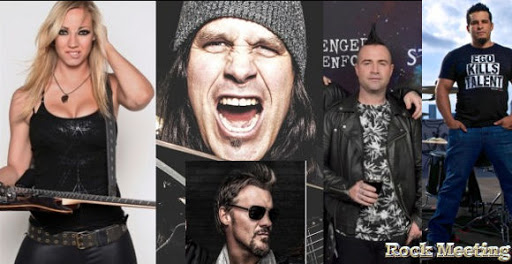 Their first offering is a cover of the Iron Maiden’s “Aces High”. That song debuts online on Thursday, Aug 6 at 11a. Strauss posted the below teaser on her Twitter account.

Jericho is also a member of the ‘supergroup’ Quarantine. Luke Bryan’s drummer Kent Slucher, Classic ’78s guitarist Joe McGinness and Trixter bassist PJ Farley are also in the band. They’re covering KISS songs from the no make-up era. They’ve released “Heart Of Chrome” and “No No No”.

Which ‘supergroup’ is your favourite?

Dave Grohl attempts to tie his drum off series with...

Did You Know The Smashing Pumpkins Are Putting Out Another...