Breaking: A’s Slugger Ramon Laureano Has No Feeling Below The Waist

Video: A Hairy Dude At Man U Game Hid For 14 Hours Before...

“Summertime feels like the time to drop in some new music.” New Papa Roach Is Coming Soon!

Papa Roach singer Jacoby Shaddix was recently a guest of “Rock This With Allison Hagendorf” on Spotify and talked about releasing their new album.

Asked when you can expect to hear it, Shaddix said, “Summertime feels like the time to drop in some new music. And we’re just gonna drop music, like, a track, then wait about six weeks, eight weeks, drop another track, wait six weeks, drop another track, and just through the end of the year, just keep dropping music to lead up to a release of an album. And this thing is just a banger of a record. Lyrically, it comes from the gut. It’s, like, I just get so brutally honest in this music that there’s some stuff, I’m, like, ‘God, do I really wanna put this in a song?’ But I have to. It’s, like, there’s healing in it. I have to remind myself — there’s healing in this. And the funny thing is every time we feel a little uncomfortable about something, it means we’re on to something. That’s what we found out about ourselves. It’s ’cause we’re stretching ourselves outside the box.” 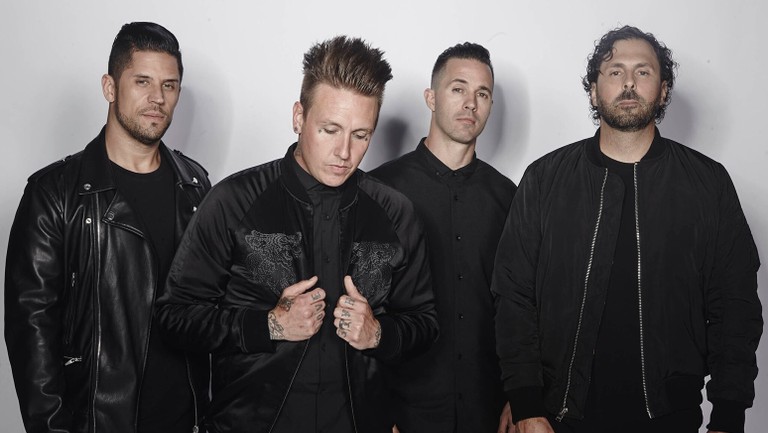 You may remember that last summer Shaddix told Rock Sound TV that they’re releasing the album went on the band’s own record label, “We are in partnership with Warner/ADA, and so it’s like an artist services group. And we’re gonna do that for an album and see how it works out. We’ve been super focused in the creative marketing behind what we do and the imaging and the videos and the messaging and everything, we were, like, let’s take it in our hands and see where we can go with it and try it for an album.”

Do you think they’ll make waves on the Billboard album chart with this release?

“There is a common thread that runs throughout everything that...

Video: Things Were Poppin’ At Grace Life Church In Edmonton...

Billy Horschel Finds Himself In Rae’s Creek For The Second...

Video: Caryma found two of the dumbest f**** in Ontario...