Is Canada’s Governor-General Julie Payette’s relationship with her secretary the real issue at Rideau Hall?

That cracking you hear is the sound of Canadian media walking on eggshells.

In the midst of the current dysfunctional entity known as the Liberal Party of Canada, a new scandal has surfaced involving our Trudeau-appointed Governor-General, Julie Payette. Various stories have surfaced, mostly from unnamed sources working at Rideau Hall, describing a toxic work environment where Payette and her secretary, a person named Assunta Di Lorenzo, are said to be running a stress-filled office where secrecy and anger seem to be front and center.

Much of the focus has been on the budget, and why the GG has spent a quarter-million dollars on privacy concerns alone. Moreover, line items such as a “secret staircase” to Payette’s office, something that was never built yet still cost the taxpayer $140, 000 just to study, stand out.

The media are trying their best to cover this story objectively, careful not to publish unproven allegations without multiple sources. And that’s super, but what happens when social justice ideology is so prevalent within media circles that they neglect to cover the one aspect of the story that can tie all of these issues together? Well, we are watching in real-time what happens; the public is shielded from a potentially controversial angle, and the media, instead of reporting all facets of the story, are ignoring the elephant in the room, all for modern-day woke points.

As it turns out, the worst kept secret in Ottawa is that Payette and Di Lorenzo are not just friends, but allegedly two people who are romantically involved. I know, nobody cares if they are gay, but let’s be real; an in-house, romantic relationship is likely the seed of most of the controversies. After all, inner-office romances are turbulent waters, which is why many offices frown upon pursuing romantic relationships with co-workers. This is especially true if you are the boss and you are dating a subordinate. 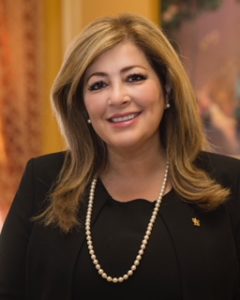 It isn’t difficult to imagine what a story like this would look like if the GG were male and the secretary his life partner. The media would seize upon that angle and drag the male GG until he resigned. All of the financial and interpersonal details of the office would be viewed through the lens of that relationship, where hiring your girlfriend is considered to be unprofessional, or at least inappropriate. Think pieces describing power dynamics would dominate the editorial pages, while reporters would continue to do their jobs digging into the issues with this dynamic in mind.

Are lesbian relationships exempt from power dynamics and standard rules of professionalism, like being transparent about romantic affairs so that nobody can be accused of favoritism?

Imagine a young, plucky reporter finding out what everyone in the Ottawa bubble apparently already knew – that the current Governor-General hired her girlfriend to be her secretary – and then being told by an editor that because the relationship is of the gay variety, it is off-limits as part of the overall reporting. The reporter, if they remain true to the standards and practices of ethical, accurate journalism, would soon realize that editors would rather omit the romantic relationship than risk the blowback like being labeled anti-gay or misogynistic, even if the relationship provides context that could help explain some of the issues.

To be clear, the type of relationship is not germane to the story, but the existence of a relationship is most certainly a crucial aspect of this reporting. Is there any doubt that the hiring of a second secretary was at least in part due to this relationship? Why is everyone so afraid to ask these questions?

That Payette is in this relationship is not common knowledge, and we all can appreciate the gravity of potentially outing a public figure for being gay/bi-sexual. But we must prioritize accuracy and relevancy over political politeness, and even if Payette hasn’t come out yet, it is far too convenient to use the office of the Governor-General to shield the public from knowing if Rideau Hall is a toxic environment because a powerful person is in a relationship with a staffer.

Come on folks, this isn’t difficult. A secret romantic relationship changes everything. It impacts decision-making, temperament, overall accountability, and overall transparency. All of the important ancillary issues about how Canada is being represented, how taxpayer money is being spent, or if the workplace culture is suffering, should be weighed against the backdrop of this relationship. Nobody should need this explained to them, and it would be interesting to hear an editor fumble some boilerplate explanation as to why talking about this relationship is not in the public’s interests, but most adults understand that this detail is crucial to know the full scope of the story.

I know a whole bunch of lesbians. They are not the first group I think of when I consider who should be infantilized in our society. Many have been through a lot, and many are strong, formidable women because of those experiences. Coddling Payette by affording her the luxury of not publicly disclosing that she is involved with a subordinate is a ridiculous concept and a profoundly unjust double standard.

And hey Canadian media outlets, perhaps the next time you are musing about the decline of quality journalism you will at least spend a moment or two pondering your priorities as you sweep those eggshells off the newsroom floor.

12 Replies to “Is Canada’s Governor-General Julie Payette’s relationship with her secretary the real issue at Rideau Hall?”

Video: I was today years old when I learned people...

Is Rogers Just Going To Gloss Over A Blue Jays...