Video: If You Work For The Canadian Government’s Cyber Security Division, Maybe Don’t...

100-Year Old Tom Hennessy is an Actual Fighter for Freedom Who is Still...

VIDEO: Jimmy Garoppolo is Not Respected By Former Patriots Teammates

Video: For everyone who said Nazem Kadri was a liability in the playoffs,...

Other than publicly admitting to having sex with a 16-year-old girl, Jakey-Baby is in a whole lot of trouble. 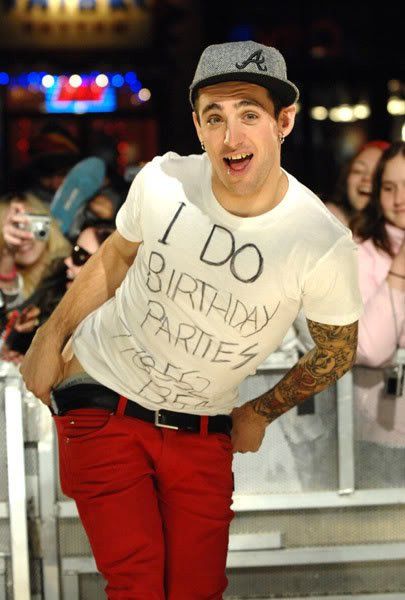 First, full marks to the women who came forward to share what Jacob Hoggard did to them. If I were a betting man, I’d wager more of Jacob Hoggard’s victims will come forward. It took a great deal of courage for these women to share their experiences and, if the court records/testimony are any indication of the traumatic nature of what happened, these women should be lauded for speaking up.

The bodily harm can be in the form of slapping, punching, hitting, choking, and/or strangulation. Your imagination is serving you correctly; Jacob Hoggard raped a woman and caused her bodily harm in the process.

Jacob sounds like a great guy. I bet no parent in Canada regrets allowing their teenage daughter to attend their local Jacob Hoggard douche-a-thon otherwise known as a Hedley concert.

What is Jacob Hoggard’s Likely Sentence?

Great question! Personally, I hope it’s a long one.

Under the Criminal Code of Canada, Jacob Hoggard is facing a penitentiary sentence not exceeding fourteen years for his actions. The sentence imposed on the former Hedley frontman will likely be longer than two (2) years’ thereby placing Jacob Hoggard and his lovely voice in the penitentiary amongst many hardened criminals who are unlikely to be sympathetic with Mr. Hoggard’s predilection for sexually assaulting women.

In Canada, two-years’ less a day is served in a Provincial Reformatory (think Maplehurst, Toronto South Detention Center, etc.) whereas a custodial (jail) sentence over two-years’ is served in a federal penitentiary (Joyceville, Bath Institution, etc.).

Basically, Jacob Hoggard is going to big boy jail after he was found guilty of violently sexually assaulting a woman.

So What’s the Point?

The point here is Jacob Hoggard is done. Forever. His music career is over and his public image is forever ruined. He will also be forced to enter the National Sex Offender Registry and provide a DNA sample. Thank God.

Anyone around the music industry I’ve spoken to about this guy has nothing but bad things to say about him. This is one of the only times I’ve experienced the phenomenon where NOBODY has anything good to say about a person. It’s as if Jacob Hoggard has zero redeeming qualities. He was well-known for treating everyone like garbage and was notoriously “handsy” with any woman who crossed his path.

Basically, Jacob Hoggard was, and is, a giant turd. He’s now a convicted sex-offender to go along with being a giant turd.

One question: what do I do with my front row tickets to Hedley this summer?

Rob Kivlichan is a criminal and constitutional lawyer specializing in cases of domestic violence, sexual assault, and violent crimes. Rob actively seeks out cases involving the wrongfully accused and where an individual's Charter rights have been violated. Never a stranger to controversy, Rob writes about criminal justice reform and protecting the rights of Canadians against an oppressive state. Rob can be reached toll free at 1 (866) 489-1710, (416) 560-7757, or [email protected]

100-Year Old Tom Hennessy is an Actual Fighter for Freedom...