Interviewing “literally Hitler” and the art of not being a dick

Video: This TikTok Account Showing How Insane Chinas’ Covid Lockdowns Are Will Make...

Video: The “Butt Doctor” Says We Need To Stop Using Toilet Paper To...

Video: Two McDonald’s Employees Threw Down At Work In The Fight Of The...

Interview with retired NYPD detective, NAILS of things that feel illegal but aren’t and ASMR

Jamie Sale MAY have gotten worse over the weekend.

This week, the FORMER Olympian announced Canada’s PM will be charged with Crimes against humanity and treason according to the United States Penal codes, thanks to those mask/vaccine mandates being dropped (they were always going to be dropped).

Qanon shit right out of Crazytown.

Nice to see @JamieSale took the weekend to get it together. pic.twitter.com/ZiDM7ITokd

She’s spent the last two-years performance tweeting about things she knows nothing about, like dead athletes…

Video: CAN WE GET A WELLNESS CHECK ON JAMIE SALE??

Jamie has lost everything and gets told daily that she shares memes and tweets that aren’t real, but she can’t stop. It’s either because she’s as dumb as Theo Fleury, or she’s committed to her Qanon values and doesn’t care.

Most people with a brain would switch gears when outed as a fraudulent laughingstock of pe-brained stupidity, but Jamie is unique. She thinks her Gold medal from Salt Lake (she bitched and moaned her way into that medal) gives her special powers and a medical degree, shielding her from the harsh realities of her bullshit life.

I thought last week’s enormous boner would make her think about giving it up for an everyday life with real people doing ordinary things, but she’s doubling down because nothing matters anymore.

What matters? Finishing this Qanon shit strong, holding out hope she’s right and MAYBE tasting spiritual victory. She’s not intelligent enough to put her phone down, and the embarrassment of being wrong is death, so she’s riding that wacky horse into Crazytown at Mach speed. 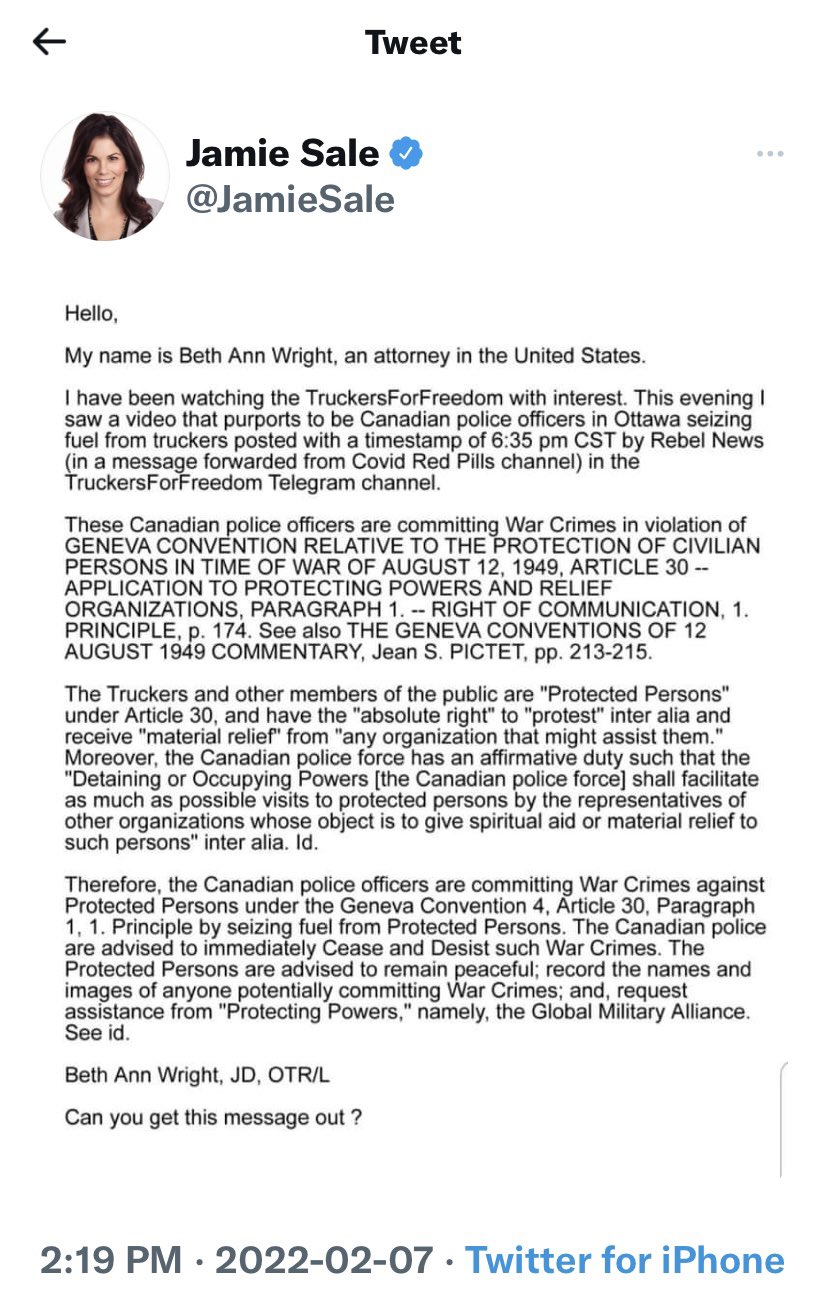 Oh, Jamie. You used to be something.

Video: The “Butt Doctor” Says We Need To Stop Using...

Video: Two McDonald’s Employees Threw Down At Work In The...

Video: There Was A HUGE Explosion In Downtown Toronto Yesterday

Video: The “Butt Doctor” Says We Need To Stop Using...

Video: There Was A HUGE Explosion In Downtown Toronto Yesterday