Artificial Intelligence is Replacing Our Creativity Now Too

Was John Herdman Out of Line When He Said Canada Was Going To...

This Week with Drew

This Week With Drew The Monday Edition – November 28th, 2022

Fuck. I wish I had gotten a pair of those knitted shoes and one of those $6000 sweaters that make you look like a homeless painter.

Forbes:  Adidas said on Tuesday that it is cutting ties with Ye, the artist and fashion designer formerly known as Kanye West, following a series antisemitic comments made in recent weeks.

Ye’s nearly decade-long partnership with the German sneaker giant helped make the rap superstar a billionaire and vaulted his Yeezy branded sneakers to a global audience.

Following growing pressure on Adidas to drop Ye, the company announced that it does not tolerate antisemitism or other types of hate speech.

“Ye’s recent comments and actions have been unacceptable, hateful and dangerous, and they violate the company’s values of diversity and inclusion, mutual respect and fairness,” the company said in a statement.

Adidas will end production of Yeezy products and stop payments to Ye and his companies, according to Adidas, which estimated that the decision is expected to hit its net income by nearly $250 million in 2022.

The company is the latest to isolate Ye in the wake of a string of incendiary remarks, including that slavery was a choice and a leaked interview between Ye and Fox News host Tucker Carlson, in which he said, “I’d prefer my kids knew Chanukah than Kwanzaa, at least it would come with some financial engineering.”

Adidas had been reviewing its partnership with Ye since he wore a “white lives matter” shirt at Paris Fashion Week.

**It is the latest fallout in the business world for Ye since he began unleashing his inflammatory comments. Balenciaga has ended its relationship with him and Hollywood talent agency Creative Artists Agency also severed ties with him.

Production studio MRC said on Monday that it is shelving a finished documentary on Ye upon reviewing his recent antisemitic remarks,

“We cannot support any content that amplifies his platform,” company executives said in a statement.

I’m always amazed when people are amazed when a man with extreme bipolar disorder and a billion dollars in the bank goes off script.

Kanye has lost approximately 350 million in revenue and his entire legal, management, and PR team, thanks to his month of October.

Kanye’s inability to reason or live in an objective reality is a mental health thing. Sure, it’s fun to beat up a guy who’s an insufferable asshole, but I don’t know how much of it he controls, if at all.

Sort of like Britney Spears. I don’t think she’s in charge of her brain either, which makes it hard(er) to mock their behavior.

When do we delineate between someone who’s just a moron and someone who’s a moron for medical reasons before we take shit away from them?

I know you dig this business ‘canceling’ of Kanye, but he’s not going ANYWHERE. He’ll latch on to some alt-right group of MAGATS who’ll exploit his pro “White Lives Matter” and be the emotionally and mentally unhinged version of Candace Owen for white guys.

If there’s one thing I know about racist white people: They LOVE it when black people pull a Clayton Bigsby for whatever reason. 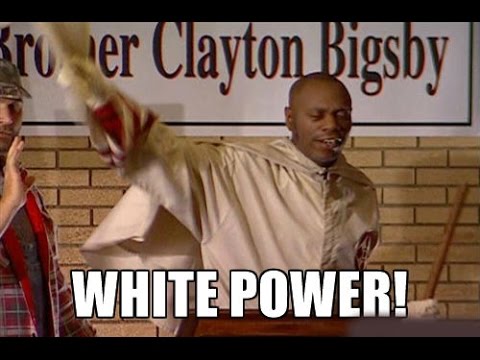 If you’re counting, Kanye’s decision to shun medical treatment cost him about $300 million this week. Not that he cares.

Mental health is complicated shit, and Kanye’s relationship with the medical treatment of his mental health has been on display for a bit so that we can point to causation. No person in their right mind would tell a reporter their plan for 2023 is to go “Death-Con 3 of the Jews” or choose to live in a yurt in Wyoming over sleeping next to Kim Kardashian every night in an air-conditioned mansion in Palm Springs.

That’s how I know he needs medication.

Artificial Intelligence is Replacing Our Creativity Now Too

It’s Over: The Emergency Act Was Justified, The Convoy Was...