Abigale: Peddle to the Music

Jerry Cantrell and Kim Thayil Are Rock Camp Counsellors in 2022!

Blue Jays light up first-place Rays in front of a fully vaccinated home...

Video: It Rained Shit Water On Football Fans In Washington This Weekend

A good nickname is a lost art in sports nowadays. Just look at hockey. How did we go from “The Rocket” “The Golden Jet” to “Kaner”, “Stammer” and “Mats”. Every hockey player nickname nowadays is their last name with an “er”, “y” at the end. The few Blue Jays that have nicknames are hardly any more creative, with “Vladdy” and “Jano”. At least we have Hyun Jin Ryu, AKA “The Korean Monster”. That’s pretty nails.

This edition of the Friday Five looks at the players in franchise history with the best nicknames. I had a ball going through the various nicknames adorned by Blue Jays over the years, and as tough as it was narrowing it down to the five best it was even more difficult ranking them. It’s too bad the Blue Jays are a relatively newer team, because the nicknames of pre 1950-ballplayers are cracked. The originality has really fallen off since the days of Mordecai “Three Fingers” Brown, Fred “Bonehead” Merkle, or the Dean brothers, “Dizzy” and “Daffy”.

I feel the need to mention that Josh Donaldson isn’t on here, because I know it’ll piss some people off. The Bringer of Rain is a GREAT nickname, don’t get me wrong. But is it better than any others on this list? I’ll let you be the judge of that. While Joey Bats is admittedly less original than Bringer of Rain, it’s extremely accurate. José is largely considered one of the best hitters to ever wear a Blue Jays uniform, and that’s because he RAKED. While he may not be the best Jays power hitter of all-time, he was well-deserving of this sweet nickname. Bautista would probably be higher on this list if he wasn’t the one who gave himself his nickname. That’s not how nicknames work. I sure loved cheering for Joey Bats though. 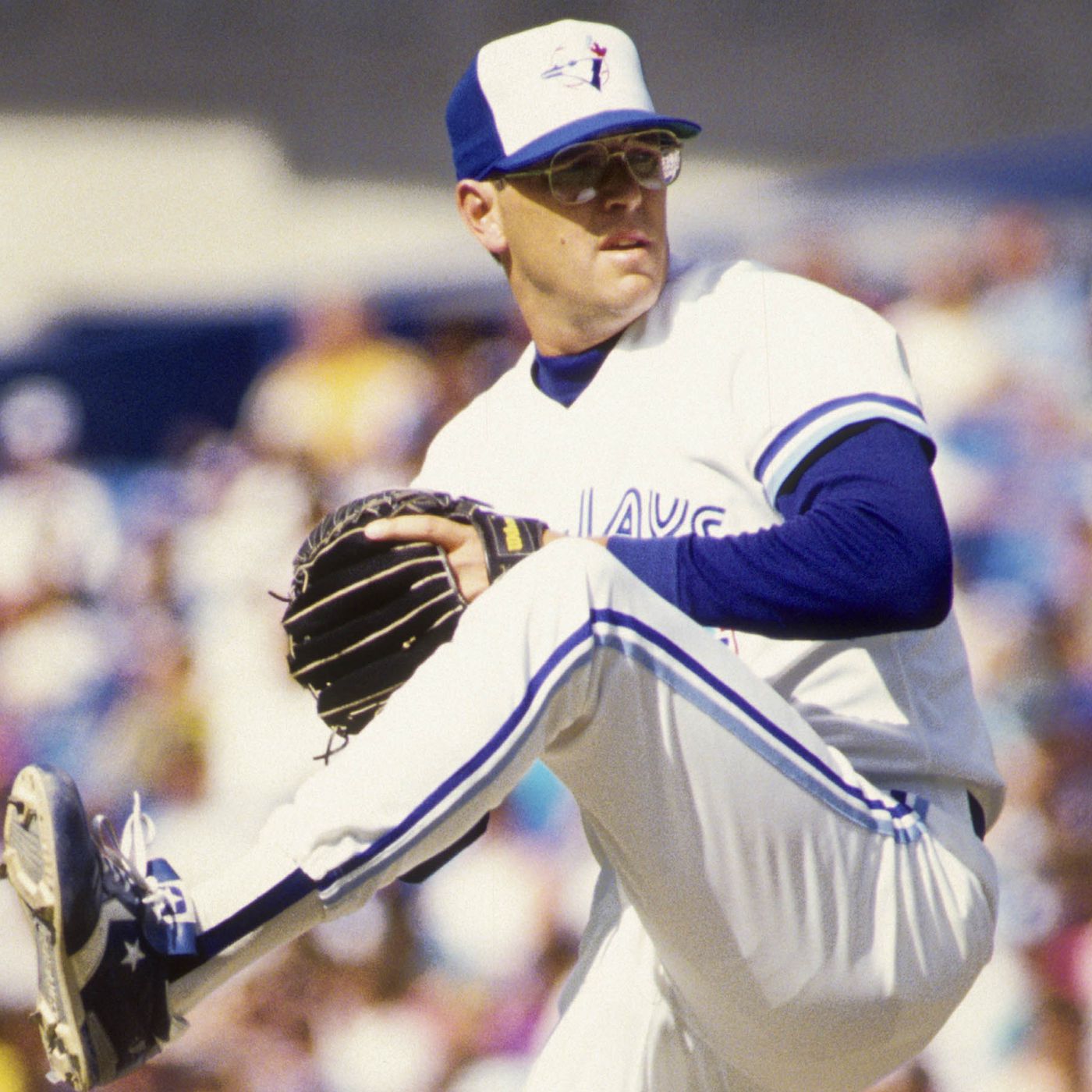 Could you imagine having prime Tom Henke on the 2021 Blue Jays? The bullpen has been better lately, but I don’t even want to think about how many more wins this Jays team would have if Charlie Montoyo coulda called upon “The Terminator” instead of Rafael Dolis.

Henke’s nickname goes down as one of the greats because it couldn’t be more accurate. He’s arguably the best reliever in franchise history and was as important as anyone in that ’92 bullpen. Tom epitomized what it meant to be The Terminator, because when he came into a game you knew it was over. 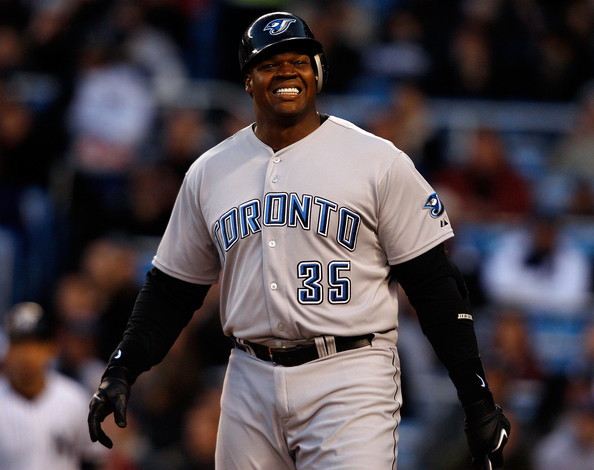 Frank Thomas had a great, Hall of Fame career. But was he inducted into the Hall wearing a Blue Jays cap? Hell no. Toronto was the penultimate stop over Thomas’ 19-year career, and he had a respectable stat line in his lone full season as a Jay with 26 bombs and 95 runs batted in.

Thomas was nicknamed “The Big Hurt” because of the damage he inflicted on opposing pitchers, and that’s nothing but facts. If you look at his Baseball Reference page you’ll see how feared Thomas really was during his heyday. He was truly one of the most feared hitters of his generation. You never want to be pitching and see a guy known as The Big Hurt stepping into the batter’s box.

I alluded to this in my last Friday Five, but the Crime Dog is one of THE best nicknames in modern baseball history. Imagine being nicknamed Crime Dog? That’s so badass.

Legendary sports broadcaster Chris Berman gave Fred McGriff this awesome nickname back back back in the day, which comes from a cartoon dog that police in the U.S. used to raise crime prevention among children named McGruff. Fred was a good ballplayer, and ferocious slugger, and I think his career ascended to where it was at because he had the nickname Crime Dog to go by instead of Fred. Fred doesn’t hit 493 career homers. Crime Dog does.

You had to know this would be #1. One of my earliest memories of the Jays is that Roy Halladay went by the nickname “Doc”, and I thought that was the coolest thing ever. I thought to myself “this guy’s a doctor AND a big league pitcher? Wow”. That just shows you how dumb kids can be.

But Doc Halladay is the best pitcher in Blue Jays history, and he was as surgical as it got out on that Rogers Centre mound. Legendary broadcaster Tom Cheek came up with the nickname, comparing Halladay to American gunslinger Doc Holliday. And Roy really lived up to it. Just an all-time gamer who wanted to do everything he could to put his club in a position to win on any given night. Doc is an easy pick for the Friday Five of the best nicknames in Blue Jays history because it’s synonymous with Roy Halladay and his incredible career.

Blue Jays light up first-place Rays in front of a...

Bet on the Blue Jays: Expect starting pitching to keep...

Nick’s Notes on how SWEEP it is to have the...

The Blue Jays Employee Survey Given To Season Ticket Holders...

Here’s what to expect for your first game back at...